The Ming’s Bight claims straddle regional first and second order structures and lies 20 km north of the Nugget Pond gold mine, owned by Rambler Metals & Mining Plc (LON: RMM) that has processed over 1.5M tonnes of ore. The area was previously explored by Noranda Inc. in the 1980’s for base metals.  Their sampling returned tantalising gold indications (+30 documented gold showings) which confirms the area warrants detailed investigation.  The lack of recent gold exploration hereabouts is due to access being more difficult than in many other parts of Newfoundland

Thus Notre Dame is Gold Island’s flagship property while Ming’s Bight has a high probability of producing several targets for immediate follow up. 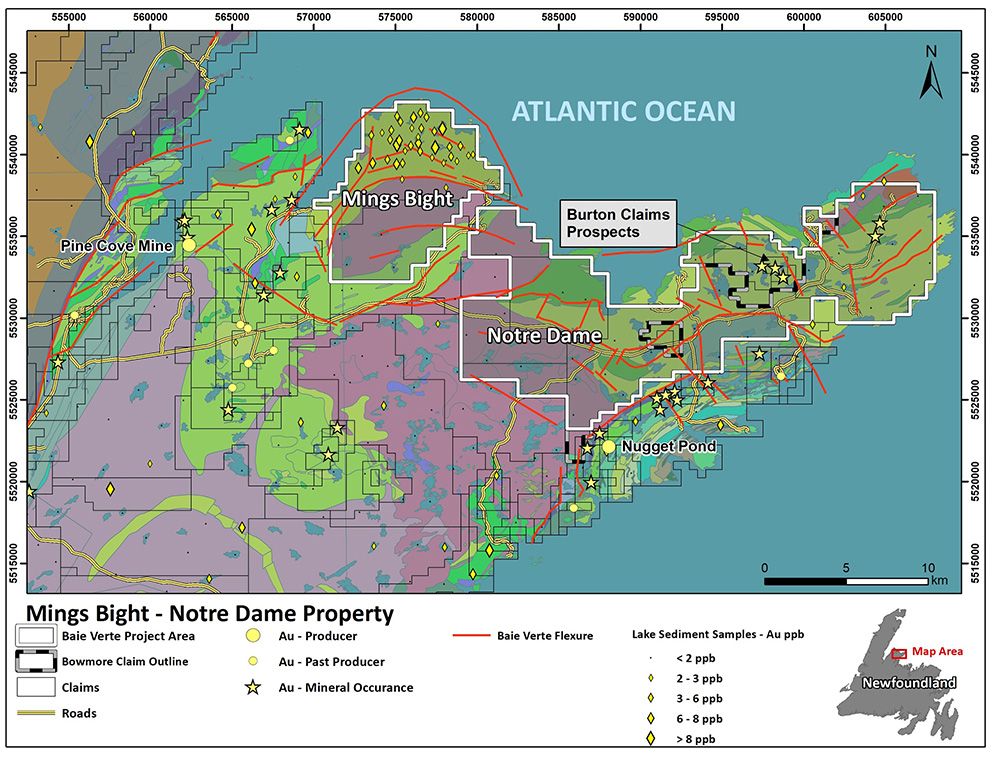 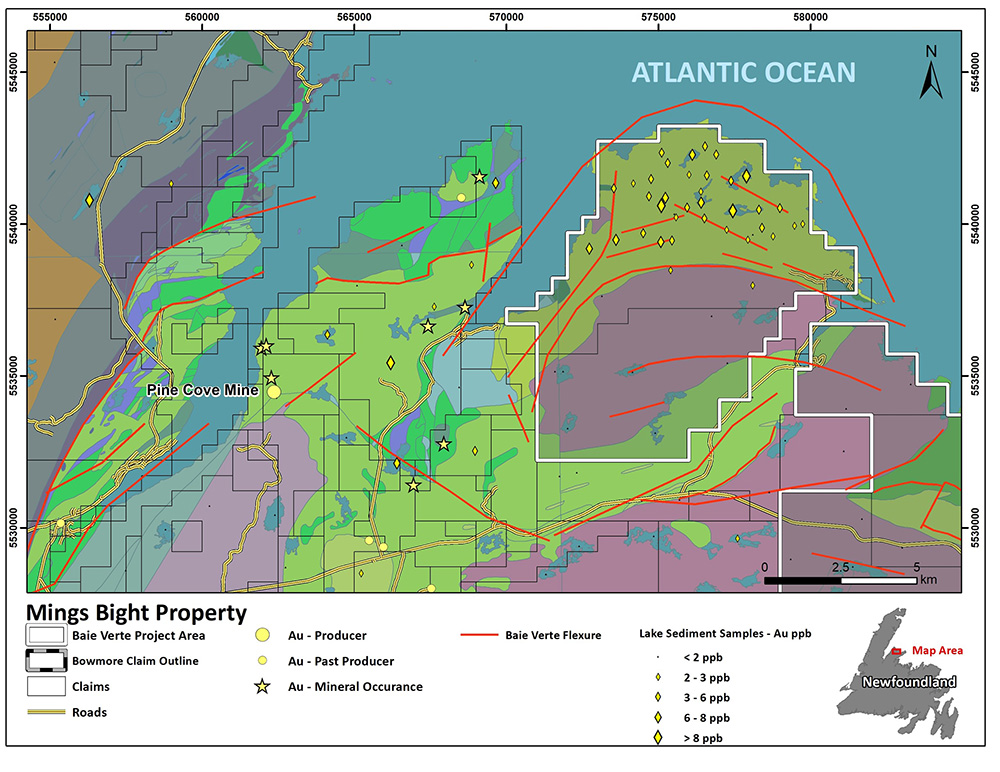 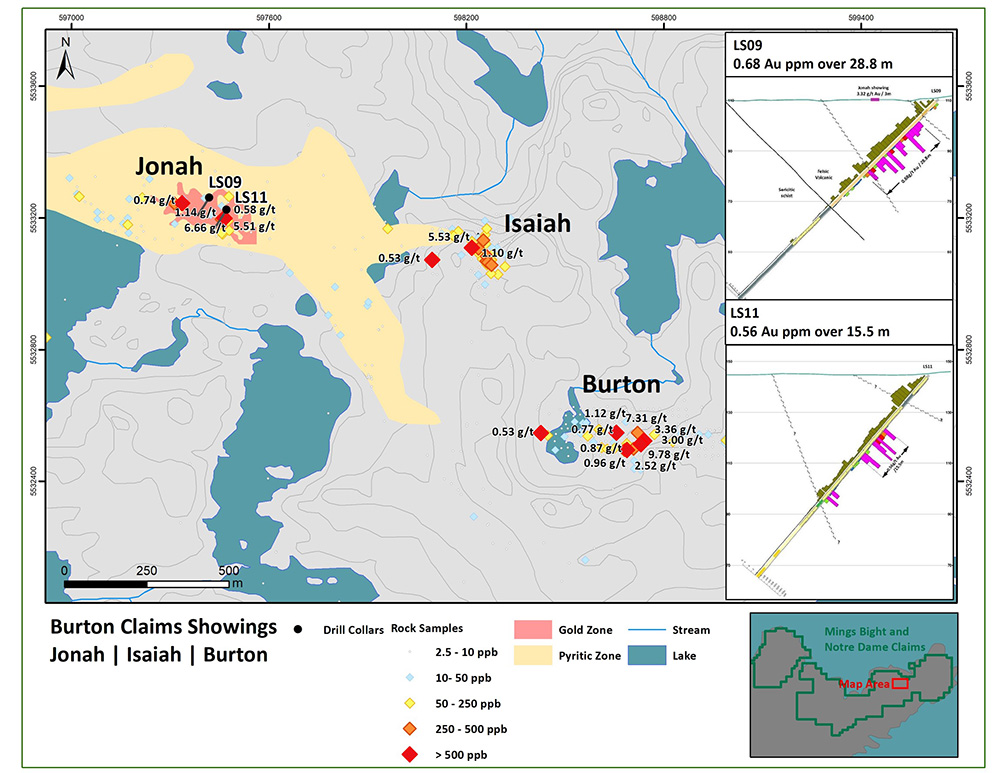 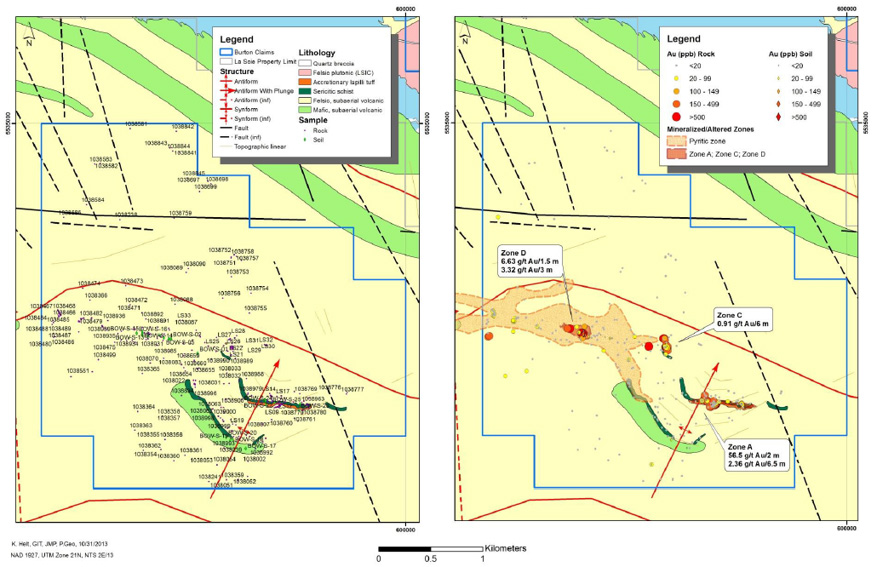